The stevia plant and its properties

Stevia is a genus of about 240 species of herbs and shrubs in the sunflower family (Asteraceae), native to subtropical and tropical South America and Central America.
The species Stevia rebaudiana, commonly known as sweetleaf, sweet leaf, sugarleaf, or solo stevia, is widely grown for its sweet leaves.
As a sweetener and sugar substitute, stevia's taste has a slower onset and longer duration than that of sugar, although some of its extracts may have a bitter or licorice-like aftertaste at high concentrations.

With its extracts having up to 300 times the sweetness of sugar, stevia has garnered attention with the rise in demand for low-carbohydrate, low-sugar food alternatives.
Medical research has also shown possible benefits of stevia in treating obesity and high blood pressure. Because stevia has a negligible effect on blood glucose, it is attractive as a natural sweetener to people on carbohydrate-controlled diets.

However, health and political controversies have limited stevia's availability in many countries, for example, the United States banned it in the early 1990s and just recognized it under the lobby of soft drinks manufacturer.
Stevia is widely used as a sweetener in Japan, and it is now available in Canada as a dietary supplement.

In Europe, the EFSA ( European Food Safety Authority) has just give his agreement , France was the unqiue country to permit his use since september 2009. 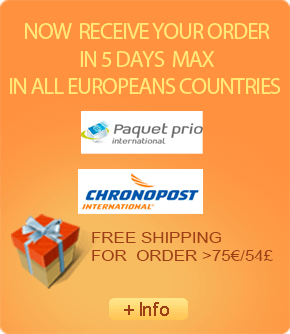